The importance of Bosque de Paz Biological Reserve to Science

THE IMPORTANCE OF BOSQUE DE PAZ BIOLOGICAL RESERVE TO SCIENCE

Forest conservation and biological diversity, to scientific education in Costa Rica, and to ecotourism and regional employment. The González family purchased this property in the 1980’s and has devoted 30 years to reforesting of former grazing land with native tree species and protecting the large surviving areas of primary and secondary cloud forest. I remember the meadow above the Lodge in 1999 that had been just recently planted with trees and now it is a dense forest with trees as tall as 20 m.

This property is a “hot spot” for species diversity in both the animal and plant life in Central America. To date, 351 of the 859 birds documented for Costa Rica have been observed at the Reserve. A long-term orchid inventory has also been in progress since 2004 that is demonstrating the rich diversity of orchid species found there. As of the summer of 2014, 213 orchid species have been described at the Preserve among the about 1600 for all of Costa Rica. These orchids include a charming miniature species that is new to science, Pleurothallis silvae-pacis (Karremans & Muñoz 2011). This orchid survey at Bosque de Paz is made possible by the construction of large orchid garden, a well-equipped field laboratory, an orchid herbarium and spirit collection of orchid flowers, and a new Bosque de Paz Scientific Website (www.orchidflorabdp.org) devoted to orchids at the Preserve. These facilities and resources at Bosque de Paz are unique in the Cloud Forests of the Central Volcanic Range. Especially significant that this work that reveals the diversity of tropical orchids has nearly all aspects of orchid biology present in its Orchid Garden: pollination, germination, and flowering. 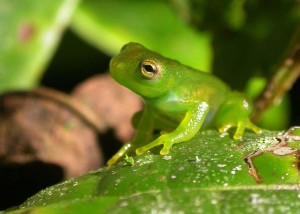 It is a special priority of the Preserve to protect the natural flora and fauna in this 1000-hectare cloud-forest environment. Its location between the active Poás Volcano and Juan Castro Blanco National Park crosses the mid-to-high elevation cloud-forest life zones from 1300 to 2200 m elevation along the continental divide in the Central Volcanic Mountain Range. As such the Preserve plays a vital role as a biological corridor for the migrations of tropical mammals and birds and is a very important complement to the Costa Rican Government’s efforts to conserve its natural resources.

Bosque de Paz also plays an important role in education in Costa Rica. As part of the orchid project, its scientist work with national and international students who want to develop part of their thesis projects inside Bosque de Paz. Moreover, the Orchid Project scientist coordinate with professors in public and private universities, give speeches about the projects and plan guided field trips to the Orchid Garden and the Reserve. For example, Dr. Mario Blanco regularly brings biology students from UCR to survey high-elevation orchids along with the Bosque de Paz Botanist in Charge. Also its scientist give speeches about orchid biology and the orchid projects in the Reserve at private and public universities and at meetings with volunteers groups in the country. Two major international orchid conferences have organized field trips at Bosque de Paz for their participating scientists.

The land area of Bosque de Paz represents a large fraction of the upper Rio Toro watershed where much of the rainfall occurs. As such, it preserves the water resources of that river system and the hydroelectric reservoirs downstream.

Finally, this Biological Preserve is a vital part of the local economy. Ecotourists who come to the Preserve support the employment of many residents of the nearby town of Bajos del Toro Amarillo. The Preserve is, in fact, the largest individual employer of the upper Rio Toro Valley.

Federico and Vanessa, congratulations on your extraordinary success in achieving your ambitious goals that you set for yourselves with the inauguration of Bosque de Paz more than 30 years ago. With the modest support from the government of Costa Rica and the protection that you have provided this marvelous forest, I hope that 30 years from now, that the Preserve will still stand in defense of this Costa-Rican jewel.
Regards,